The popular Arafura Games will return to the Northern Territory after an eight-year break, leveraging the cultural, economic and social benefits of an international sporting event, while attracting participants from the Indo-Pacific region. The initiative aligns with the Australia now program which this year focuses on celebrating youth within the ASEAN region of countries.

The Women In News and Sport (WINS) program is giving four journalists from Vietnam, the Philippines and Solomon Islands the opportunity to work alongside ABC broadcasters and contribute to the organisations coverage of the Arafura Games held in Darwin from 26 April to 4 May.

The journalists will be mentored and trained by the ABC sports broadcaster Shannon Byrne, with the WINS program being funded by the Department of Foreign Affairs and Trade.

This is an exciting opportunity for all involved, and the first time that WINS has taken place at the games.

Host and WINS Program Manager Karen Shrosbery said she is looking forward to working with a diverse group of talented international journalists.

“This program is based on the successful WINS activity last year at the Gold Coast Commonwealth Games where female journalists were trained and embedded in the ABC’s broadcast coverage.”

“It is a fantastic opportunity for these women to learn the skills of reporting at international events and it also opens up new career opportunities when they return home to their country.”

The journalists come from diverse professional backgrounds including Maria Cristina Pablo from ESPN, Beatrice Go from Rappler in the Philippines and Hai Yen Nguyen from VTC3 in Vietnam.

Training will take place at the ABC’s Darwin studios and at various games venues around the city, providing the journalists an opportunity to network and collaborate with Australian and foreign media.

WINS is an innovative gender equality partnership between the Australian Government and ABC International Development. 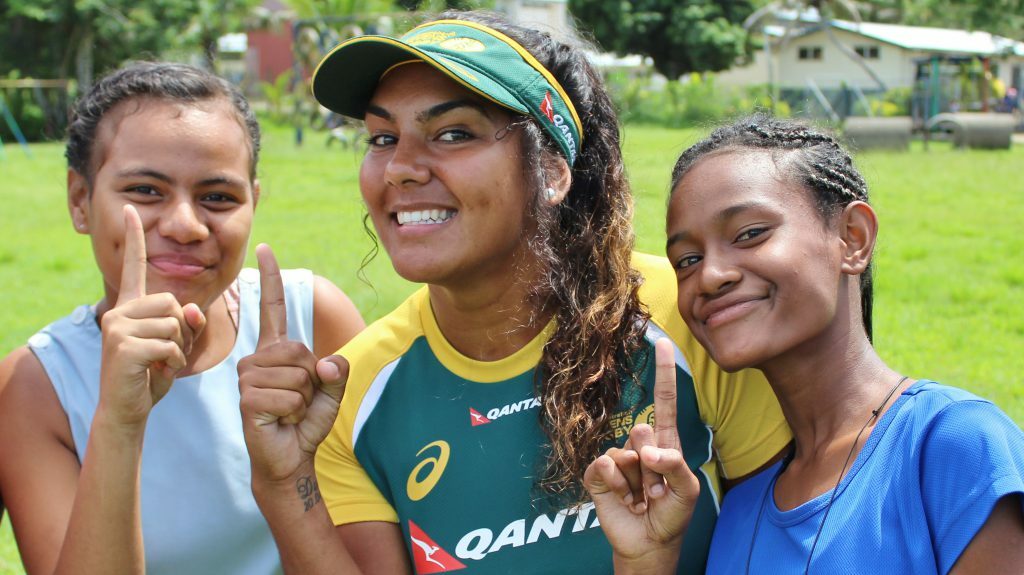