The Young Socceroos under 18 team recently scooped victory in the AFF U-18 Championship in Vietnam.

Football Federation Australia Chief Executive, David Gallop AM, paid tribute to the Young Socceroos for their win against Malaysia 1-0 in the final of the 2019 AFF U-18 Championship in Vietnam in August. Gallop noted that the whole squad and coaching staff should be delighted with their achievement.

“Many congratulations to the Young Socceroos and head coach Gary van Egmond on winning the AFF U-18 Championship for a record-equalling fifth time,” said Gallop.

“The team performed brilliantly throughout, in often difficult conditions, and bounced back from a group stage defeat to a very strong Malaysia team to claim the title in a gripping final.”

“It’s great to celebrate any success in Australian football and I’m delighted that our junior national teams are progressing.”

“I’m sure the Young Socceroos win will inspire the Joeys U-17 squad as they prepare to take on the world’s best at the FIFA U-17 World Cup in Brazil at the end of October.”
Adelaide United striker Lachlan Brook got the vital goal in the final, rifling home the winner in the 79th minute at the Thống Nhất Stadium in Ho Chi Minh City.

Van Egmond, in his first tournament in charge of the Under-18’s, said he was extremely proud of the team’s performance.

“It’s fantastic preparation. The fact that we saw these boys in this type of environment, the staff being in a position where they’re working together to understand processes, to understand exactly the principles of play and for the players to get used to these types of conditions,” the Young Socceroos boss said.

“It’s just invaluable for these players to get this opportunity at this tournament, so that we can prepare in the best possible way for the upcoming qualifiers.”

Best of luck to our Young Socceroos in their upcoming ventures. 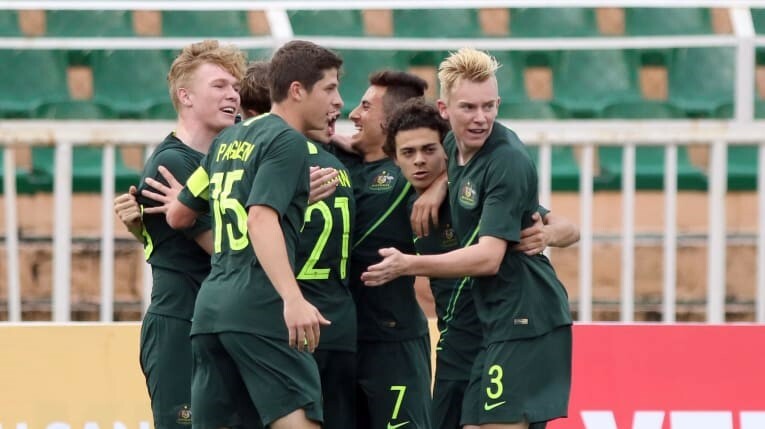